August 17, 2016June 4, 2020
Dr. Toni Zhong was quoted recently in a MACLEAN’S article on breast reconstruction with the use of implants.

The 52-year-old bookkeeper based in Aurora, Ontario, underwent chemotherapy and radiation, then a bilateral mastectomy eight years after her initial treatment. The decision to have that surgery was a difficult one.

“I knew it was the right thing to do,” says Salmond. “I didn’t want to live with the stress that came with regular screenings and the possibility that my cancer would return.” Prophylactic removal of her breasts was easier because she could undergo breast reconstruction. “I’m happy with my implants. I feel better than I did before. It’s like turning back the clock. I’ll be perky until I’m 90,” she laughs.

Then, in one of those tragic twists in life, her daughter Kelly, age 32, was also diagnosed with breast cancer last year, 14 years after her mother’s battle with the disease. But, amid the uncertainty, Kelly found ample support and inspiration in her mother’s journey. “I’ve been able to get through this experience because there is a familiarity to it from seeing what my mom has gone through,” Kelly says.

“I want to go back to looking and feeling like the self that I’ve always known and getting implants through reconstruction is a big part of that.”

When she is done her treatment, she will follow the same path as her mother. She’ll also receive breast reconstruction, an important step for both, says Kelly. “I want to go back to looking and feeling like the self that I’ve always known and getting implants through reconstruction is a big part of that.”

As a plastic surgeon and Clinical and Research Director for the UHN Breast Reconstruction Program, Dr. Toni Zhong has spent almost a decade helping patients like Kelly and Kathleen to move forward with their lives after cancer. “Breast reconstruction helps patients with their psychological recovery,” she says. “It’s important as a means to preserve a patient’s sense of femininity and wellness.”

Implants used in the procedure have improved by leaps and bounds. The first and second generation implants of the 1980s were problematic. They leaked, caused health problems, and were very limited in size and shape. Fast forward to 2016. The advancements have been impressive. New versions of implants feature tough, leak-proof outer shells, and come in a wide range of more natural-looking shapes customized for the needs of each patient.

In the last five years, doctors have also gained a better understanding of breast reconstruction and how it plays a role in breast cancer prevention and treatment. Studies show that implants do not interfere with mammograms or cancer treatment. “This is excellent news,” says Dr. Zhong. “And, patients now have the option of having breast reconstruction at the same time as a mastectomy — one surgery instead of two with less recovery time.”

Even after their treatment for breast cancer is over, Kathleen says that women, like her daughter, should consider reconstruction as a viable option in their treatment plan. “It’s never too late,” she says. “I did a lot of research about the procedure. I’m very happy with my decision. I have no regrets whatsoever.” 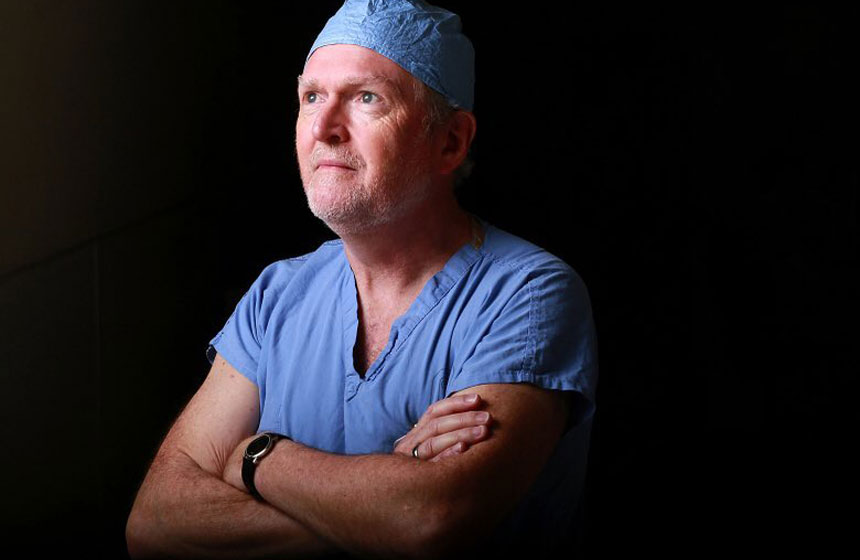