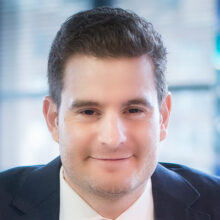 During his PhD he developed a novel robotic instrument for cleft palate repair using a high-fidelity cleft palate simulator and founded the company Simulare Medical to commercialize the simulator resulting in widespread adoption in over 60 countries worldwide. The company was acquired by Smile Train, the worlds largest cleft organization in 2020. Dr. Podolsky’s academic career has resulted in numerous international patents, awards, publications and presentations.

Dr. Podolsky is now a surgeon-scientist in the Division of Plastic and Reconstructive Surgery at The Hospital for Sick Children. His clinical interests include cleft, craniofacial and ear reconstruction. His research program combines his passion for engineering and surgery and is focused on innovation, technology, robotics and simulation in plastic and craniofacial surgery.