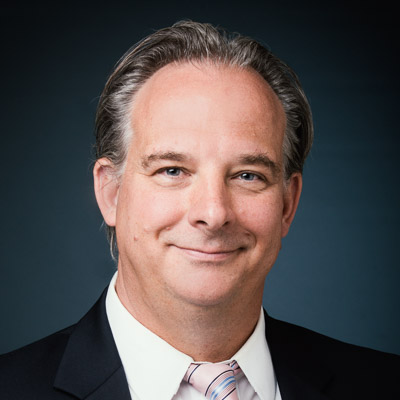 Dr. Marc Jeschke has been caring for burn patients and conducting research in the field of burns for nearly 25 years. He is a global leader in burn care, research, and education; according to Expertscape, he is the second highest-ranked expert in burns in the world. Dr. Jeschke was appointed Director of the Ross Tilley Burn Centre at Sunnybrook Health Sciences Centre in 2010. He is a Surgeon Scientist and a Professor in the Departments of Surgery and Immunology at the University of Toronto. This past October, he was named the Director of the Translational Research Committee for the Department of Surgery at the University of Toronto. Before joining Sunnybrook, Dr. Jeschke held faculty positions and the distinguished Annie Laurie Howard Chair in Burn Surgery at the University of Texas Medical Branch and Shriners Hospital for Children. He worked as a Staff Surgeon and Coordinator of Research with a focus on increasing research productivity and obtaining independent grant funds.

The contributions of Dr. Jeschke’s research are numerous and encompass all aspects of burn care and treatment. Specifically, he changed treatment of metabolic and inflammatory responses after burn injury, poor or excessive scarring, and production of tissue engineered skin. Recently, Dr. Jeschke broadened his research spectrum to study long-term outcomes and quality of life after burn. These contributions have led to changes in standard of care throughout the world in burn patients and patients with complex wounds.

Dr. Jeschke has a continuous commitment to scholarly work with over 350 peer-reviewed articles, books, and book chapters on burn care. Service to the profession is evident from many years of active membership in organizations like the Society for Critical Care Medicine, American Burn Association, Surgical Infection Society, Shock Society, American College of Surgeons, and the American Surgical Association. He serves on numerous committees and editorial boards; most recently, he was elected President-Elect of the Shock Society for 2018-2019. Dr. Jeschke is a reviewer for funding agencies including the Canadian Institutes of Health Research, National Institutes of Health, and the U.S. Department of Defense. His reputation extends beyond burns as an invited speaker nationally and internationally.

He has won numerous awards that are given to individuals with outstanding productivity, as shown by publication record, grants held, and students trained. Among others, distinctions include the Lister Prize from the University of Toronto in 2018; in 2017, he received two awards, in the spring, he received the Excellence in Education Award: Educating Beyond Sunnybrook and, in the fall, the Leo N. Steven Excellence in Leadership Award; the George Armstrong-Peter’s Prize from the University of Toronto in 2013; the Marvin Tile Distinguished Service Award from Sunnybrook in 2011; and the Fellow Award from the American Surgical Association Foundation in 2008. He has been funded continuously since 2000 and has a significant track record of successes with federal funding agencies and private foundations. He has a total lifetime funding of over $20,000,000 as principal or co-investigator. Dr. Jeschke has an essential role in worldwide multicenter clinical trials and is currently engaged in multiple ongoing multi-centre trials.

Another hallmark of the Dr. Jeschke’s career is education. Dr. Jeschke has an established training program and has mentored well over 100 MD, PhD, and other graduate students in the field of burn care and research. The effectiveness of Dr. Jeschke as an educator can be assessed by his students’ success at winning highly competitive federal funding, grants, national research competitions, countless first place prizes, and leadership positions they currently hold.

Burn is a severe trauma to patients inducing various responses in the body such as stress, inflammation, hypermetabolism, catabolism and alterations in the entire glucose, fat and amino acid equilibrium. Cells are undergoing major stress and die, thus compromising organ function. The source of the stress is most likely the burned area inducing these detrimental changes via several signals and mediators. The goal of Dr. Jeschke’s research is to attenuate stress hypermetabolic and catabolic responses, and improve cell regeneration and survival. His team are studying the stress-induced changes in the liver and various other tissues at a cellular and cell organelle level in an attempt to identify key signalling molecules and pathways that may be altered to improve cell survival and organ function.

The Jeschke lab also studies various potential perturbations to improve the cellular stress response which can be rapidly implemented in the clinical arena. They also study new techniques to cover the wounds of a severely burned patient, not only with the patient's own skin, but also using adult stem cells.

Overall, the research focus of his laboratory is to improve morbidity and mortality of severely injured trauma patients, such as burn patients, and to identify major modulating aspects of these responses.