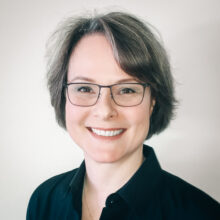 Barbara Jemec graduated from the University of Copenhagen, Denmark in 1991 and immigrated to the UK, where she undertook her postgraduate training and worked as an Attending in Plastic Surgery in central London University hospitals for 17 years, before she relocated to Toronto in 2021.

She passed the examinations for admission as a Fellow of the Royal College of Surgeons of England in 1995 (FRCS), the Specialist Intercollegiate examination in Plastic Surgery in 2002 (FRCS(Plast)), the European Board Examination in Plastic, Reconstructive and Aesthetic Surgery in 2003 (EBOPRAS), the Fellow of the Royal College for Surgeons of Canada (FRCSC) examination in 2019 and was awarded a Doctor of Medicine degree, which the University of Toronto recognise as a PhD, for her research into Dupuytren’s Disease by the University of London in 2000.

Her lifelong interest lies in the provision of training colleagues in resource poor countries in reconstructive surgery, especially hand surgery, and to this end founded the British Foundation for International Reconstructive Surgery and Training, which is official charity of the British Association of Plastic, Reconstructive and Aesthetic Surgeons She was elected to sit on Councils of the British Society for Surgery of the Hand, BAPRAS, the Plastic Surgical section of the Royal Society of Medicine, where she was the President in 2012. She is now a Board member of the Canadian Society for Surgery of the Hand.

She is a Royal College of Surgeons of England Assessor for proposed Research Fellowship Schemes and a member of the Editorial Advisory Board of the Journal of Plastic Reconstructive and Aesthetic Surgery (JPRAS), and in 2007-2017 was on the Editorial Board of the Journal of Hand Surgery (JHS European Volume), and the Associate Editor (Plastics) for the Annals of the Royal College of Surgeons of England.

She is the Educational Lead at Trillium Health Partners for Plastic Surgery.